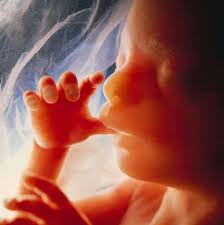 On the day after Gordon Brown, the British prime minister, ensured that Parliament would not vote on pro-abortion amendments to extend the Abortion Act, the Government has announced plans which will ensure that children are being primed to embrace the abortion culture from 4 – 5 years old.

The British government announced today that it intends to make sex and relationship education compulsory throughout both primary and secondary schools. In a simultaneous announcement, the Catholic Education Service makes it clear, not only that it will collaborate with the government’s plans, but that it hopes that parents will not choose to opt out by withdrawing their children from sex education.

The CES says: “… the Government calls for PSHE [personal, social and health education] to be made statutory across all maintained schools in England, including primary and secondary. Programmes of study are still to be drawn up but reassurance has been given that these will not be so prescriptive in character as to involve conflict with Catholic teaching … The statutory rights of parents to withdraw their children from sex education remain but it is our hope that parents will not find the need to exercise this right as children are likely to benefit from experiencing SRE amongst their friends and peers. …"

The CES statement is painfully disingenuous – in view of what is known to be going on in Catholic schools as a consequence of government advisers already being welcomed by the Catholic Education Service in Catholic schools, a point I have a number of times in this blog.

And why does Catholic Church appear, through its Catholic Education Service in England, to be marching in step with the Government – even to the point of making their complementary policy announcements simultaneously?

The first task of everyone entrusted with the Gospel of life is, surely, to oppose government plans to promote and to entrench the abortion culture amongst young people of all faiths and none? SPUC will certainly be keeping its supporters posted on the implications of the government's plans and what constituents should be saying to their MPs.
at 16:30