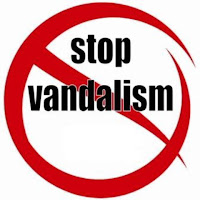 The government's Marriage (Same Sex Couples) bill will be debated in Parliament on Tuesday 5 February, at '2nd reading' (the first main debate on a bill). The bill was introduced ('tabled') today and the bill's text will be published in full tomorrow (25 Jan.)


"Throughout history the core of marriage has always been a life-giving kind of union between man and woman even when no children may result. By replacing authentic marriage with a genderless relationship, the government is vandalising a timeless institution. It is like throwing away the treasures in the National Gallery and putting up copies instead. Same-sex relationships may have some of the outward appearance of a married relationship, but they lack the orientation to conceiving and bearing children which is at the heart of natural marriage.

We call upon MPs not to be distracted by government claims that churches and conscientious objectors to same-sex marriage will be safeguarded under the bill. Both legal opinions and previous rulings suggest that such safeguards are likely to be ruled discriminatory by the courts. The bill is wrong in principle and must be stopped now."

We urge people to contact their MPs immediately to ask them to attend the 2nd reading debate and vote the bill down."