"[W]e are, today, launching this consultation to seek your views on how we can remove the ban on same-sex couples having a civil marriage in a way that works for everyone."

Further on, the consultation document says:


"2.8 As already made clear, this consultation is about how we best remove the ban on same-sex couples having a civil marriage, not on whether this should or should not happen. However, we are aware that there are a number of disparate views on this subject and would like to understand the views of all of those with an interest in this issue.

Question 1: Do you agree or disagree with enabling all couples, regardless of their gender to have a civil marriage ceremony?

The references to "in a way that works for everyone", "we...would like to understand" and the limit of 200 words (even less than the average limit for a letter to the editor of a newspaper) are deeply patronising.

The government has claimed that MPs will have a free vote on the legislation for gay marriage and that the legislation will not result in gay marriages in churches. However, assurances of free votes can hide the reality that MPs who vote against party policy can get penalised for it. And Yvette Cooper, shadow home secretary and possible future Labour leader, has said today that:


"[T]he government should go further than they currently plan. Churches who want to celebrate gay marriage [should have] the chance to do so."

The Labour opposition is currently neck-and-neck with the Coalition government in the opinion polls, so there is a real danger that religious gay marriages could be enacted after the next election. The likely future pattern is clear: in 2005 the Blair government enacted civil partnerships restricted to civil venues (e.g. registry offices); by 2011 its successor the Cameron-Clegg government had extended civil partnerships to religious venues (e.g. churches).

The government’s attempted fait accompli on gay marriage, its flimsy assurances of free votes and respect for religious freedom, and its patronising fake interest in opposing views reminds me of the examples below of the 'dictatorship of relativism' in recent history. We must re-double of our resistance to the government's plans before it's too late.

1804: Napoleon invites Pope Pius VII to crown him Emperor. Napoleon snatches the crown from the pope and crowns himself:

He later persecutes the Church and kidnaps Pius VII.

1924: The first Soviet constitution is enacted, declaring rights to freedom of speech, freedom of assembly, freedom of religion and other democratic rights: 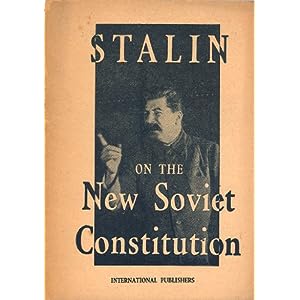 The Soviet government then continues to murder and imprison tens of millions of Soviet citizens suspected of supporting such rights.


"[T]he Government is creating and securing the conditions for a really deep and inner religious life ... The national Government sees in both Christian denominations the most important factor for the maintenance of our society. It will observe the agreements drawn up between the Churches and the provinces; their rights will not be touched ... The national Government will allow and confirm to the Christian denominations the enjoyment of their due influence in schools and education. And it will be concerned for the sincere cooperation between Church and State ... The national Government, seeing in Christianity the unshakable foundation of the moral and ethical life of our people, attaches utmost importance to the cultivation and maintenance of the friendliest relations with the Holy See ... The rights of the churches will not be curtailed; their position in relation to the State will not be changed."

Hitler's Nazi regime then proceeds to murder, imprison, persecute and oppress millions of Christians in Germany and throughout Europe over the following 12 years.

1949 - present: The People's Republic of China continues the ancient system of allowing citizens to seek redress of grievances by petitioning:

60 years later, thousands of Chinese are imprisoned arbitrarily for petitioning.