Countdown 2015, a consortium of European abortion providers and promoters, has sent out an invitation to a reception at the European Parliament in Brussels on 10 July, entitled "Everyone has the right to family planning". The event is being held to mark World Population Day and the London Summit on Family Planning being held the next day. The invitation featured this image: 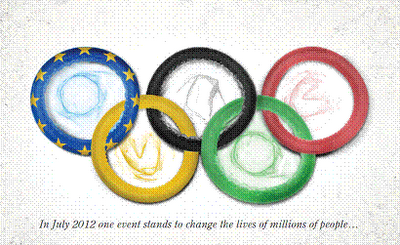 Right now, in the run-up to the London summit, promoters of contraception are trying to out-do each other. That they have chosen to desecrate the revered Olympic symbol just before the London Olympics shows just how unethical and vulgar they are.