Taxpayers funded almost all abortions in England and Wales in 2013 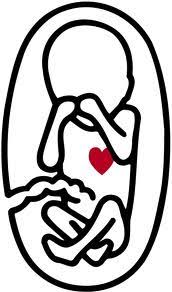 Paul Tully, SPUC's General Secretary, has published the following statement on the abortion statistics for England and Wales, just published, for 2013:


The abortion statistics for 2013 published for England and Wales today reveal once again a huge toll of child-killing, now almost wholly funded by taxpayers. Over 8 million unborn children have now officially been slaughtered under Britain's iniquitous abortion law, the Abortion Act 1967.

Paul Tully, general secretary of the Society for the Protection of Unborn Children said: "More abortions than ever are now funded by the NHS, and most of them are performed in private clinics by the so-called abortion charities. Nearly 119,000 unborn children were killed in private hospitals in 2013 at taxpayers' expense. A further 62,000 unborn children were killed in NHS hospitals - also at taxpayers' expense.

"Against this backdrop, the encouraging signs in today's figures are very meagre. The abortion rate among under-18s has dropped slightly for the 6th year in succession. At the same time the number of under-18s who conceive and give birth is also dropping.

"In the late 1990s, nearly 60% of babies conceived to girls under 18 were born, rather than aborted. But by 2007, under the Blair government's "Teenage Pregnancy Strategy", one baby was killed for every one born to this age group. The latest figures show that about 52% of babies conceived by under-18s survive to be born.

"Whatever commentators make of these figures, they disguise thousands of individual tragedies like the 13 year-old recently sent for an abortion by judge Sir James Munby, president of the High Court Family Division, despite reports that a psychiatrist told the court that the abortion could worsen the girl's mental state," concluded Mr Tully.