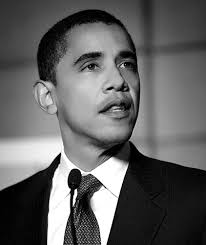 The Telegraph today says of Barack Obama: "On his journey through Europe last week the US presidential contender garnered adulation fit for a superhero".
Millions of unborn children, if he becomes president, may never hear about this charismatic, super-heroic figure, because they will be dead.
On his website he writes: ""Thirty-five years after the Supreme Court decided Roe v. Wade, it’s never been more important to protect a woman’s right to choose. Last year, the Supreme Court decided by a vote of 5-4 to uphold the Federal Abortion Ban, and in doing so undermined an important principle of Roe v. Wade: that we must always protect women’s health. With one more vacancy on the Supreme Court, we could be looking at a majority hostile to a women’s fundamental right to choose for the first time since Roe v. Wade. The next president may be asked to nominate that Supreme Court justice. That is what is at stake in this election.
"Throughout my career, I’ve been a consistent and strong supporter of reproductive justice, and have consistently had a 100% pro-choice rating with Planned Parenthood and NARAL Pro-Choice America. "When South Dakota passed a law banning all abortions in a direct effort to have Roe overruled, I was the only candidate for President to raise money to help the citizens of South Dakota repeal that law. When anti-choice protesters blocked the opening of an Illinois Planned Parenthood clinic in a community where affordable health care is in short supply, I was the only candidate for President who spoke out against it. And I will continue to defend this right by passing the Freedom of Choice Act as president."
Check out what the National Right to Life Committee in the US say about him here.
at 08:03