The UN Committee on Economic, Social and Cultural Rights has called for a referendum on abortion in Ireland. Following a two day hearing in Geneva, the 17-member committee stated its concern at "Ireland's ... legislation on abortion." It has called for a referendum to repeal Article 40.3.3 which protects the right to life of the unborn. The committee also called for a revision of the 2013 Protection of Life During Pregnancy Act, claiming it is unclear "what constitutes a threat to a woman’s life." [Irish Times, 22 June]

Voice of the Family issued this morning the following statement on the papal encyclical on the environment:

The international coalition Voice of the Family is deeply concerned by the omission from the encyclical letter Laudato Si of a reaffirmation of the Church’s teaching against contraception and on procreation as the primary end of the sexual act.

The encyclical, published this morning, contains the welcome assertions that “concern for the protection of nature is also incompatible with the justification of abortion” (No. 120) and “that demographic growth is fully compatible with an integral and shared development” (No. 50).

However the omission of any reference to Church teaching on the use of contraception leaves Catholics ill-prepared to resist the international population control agenda.

“God commanded man to ‘increase and multiply, and fill the earth’ (Gen 1:28)” said Voice of the Family manager Maria Madise “but the environmental movement commonly regards population growth as a threat”. Madise continued: “Developing nations are being flooded with contraceptives and subjected to pressure to legalise abortion. Given that contraception and environmentalism so often go hand-in-hand it is deeply troubling that Church teaching on the primacy of procreation is not reaffirmed.”

Patrick Buckley, UN lobbyist for the Society for the Protection of Unborn Children (SPUC), noted that “The encyclical calls for increased international environmental action in paragraphs 173-175, while neglecting to prepare Catholics for what such action will undoubtedly involve: renewed attempts to further impose contraception and abortion on the developing world.”

Professor Hans Schellnhuber was among those chosen by the Holy See to present the encyclical to the press this morning. Schellnhuber has previously stated that the “carrying capacity of the planet” is “below 1 billion people”. The global population would have to be reduced by more than 80% to meet this target.

John-Henry Westen, co-founder of Voice of the Family and editor-in-chief of LifeSiteNews commented “Professor Schellnhuber is an advocate of the establishment of a supreme global government that would have the power to take action to resolve the perceived environmental crisis, which in his view requires population reduction. In this context the references in the encyclical to the need for a ‘world political authority’, which should have the power to ‘sanction’, is deeply troubling.”

Yesterday it was revealed that Professor Schellnhuber has been appointed a member of the Pontifical Academy of Sciences (PAS) by Pope Francis.

In November 2015 the PAS will be holding workshops to discuss how to use “children as agents of change”. The programme involves strategising on how to deploy children to advance the environmental agenda worldwide. Such efforts seem to be endorsed by the encyclical in paragraphs 209-215. Some of those involved in the workshops, such as Jeffrey Sachs, are among the most vehement promoters of contraception and even abortion as necessary elements of population control.

John Smeaton, co-founder of Voice of the Family and Chief Executive of SPUC, stated “The international environmental movement often seeks to convince children that the world is overpopulated and that this must be resolved by controlling reproduction through contraception and access to abortion. There is now grave danger that our children will be exposed to this agenda under the guise of education on environmental concerns. The proposed plans of the PAS, and the lack of clear teaching on these dangers in the encyclical, put us on our guard. Catholic parents must resist all attacks on our children, even when they emanate from within the Vatican.”

About Voice of the Family:

Voice of the Family is an international lay coalition of major pro-life and pro-family organizations that has formed to offer expertise and resources to leaders of the church, the media, NGOs, and governments before, during, and after the Catholic Church’s Synod on the Family.

A professor at Hull university has written a report which revealed "around one in every 60 deaths of a patient under GP care involves someone who has not requested euthanasia." Authored by Professor Raphael Cohen-Almagor of Hull university and published by the Journal of Medical Ethics, the report brings into question the existing euthanasia laws in Belgium. Cohen-Almagor states: "The decision as to which life is no longer worth living is not in the hands of the patient but in the hands of the doctor." [Daily Mail, 12 June]

Get married to avoid the heartache of abortion 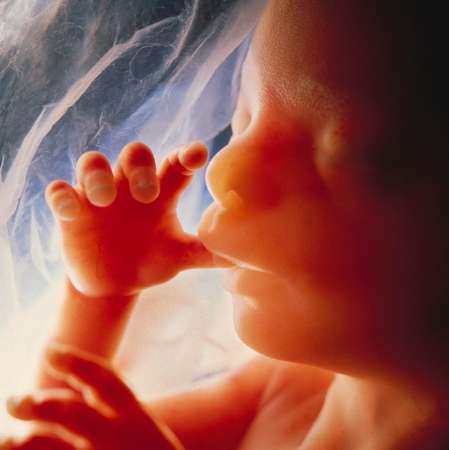 Figures released by the NHS reveal that marriage is the great protector from abortion. Of the 184,571 abortions performed in England and Wales last year over 80% were performed on unmarried women and girls.

Paul Tully, general secretary of the Society for the Protection of Unborn Children said: “The statistics reveal yet again another catastrophic loss of life with over 184,000 lives ended at NHS expense and two-thirds of these taking place in private clinics at public expense.”

“We know that most women do not want abortions and therefore call on tax payers’ money to be used more wisely to avoid abortion. Stable family life, in particular marriage, is hugely important to providing women with the security to continue their pregnancies and the figures testify that marriage is key to that stability.”

“We want to see a country which provides the support needed to welcome life rather than see women pressurised for a variety of reasons to seek abortion.”

“Another indicator of the anti-life culture is that more than 3,000 babies lives are ended simply because they are at risk of suffering a handicap” concluded Mr. Tully.

The Society for the Protection of Unborn Children fears that vulnerable people will be adversely affected by the decision of Rob Marris, Labour MP for Wolverhampton South West, to propose an 'Assisted Dying' bill in the House of Commons. The bill is expected to single out people who are terminally ill or have disabilities as candidates for help to die.

A similar proposal was defeated on 27th May 2015 in the Scottish Parliament.

"We are disturbed that Rob Marris MP has chosen to prioritise the issue of assisted suicide. When properly examined assisted suicide is revealed as a grave danger to the vulnerable and disabled. It is not possible to safeguard effectively against coercion, and the so-called right to die easily becomes a duty to die. Establishing laws which endorse the view that some people are better off dead creates a regime which endangers the weakest members of society. We should maintain equal protection for the rights of those who are vulnerable.

"For reasons such as these Scottish politicians recently rejected assisted suicide proposals in considerable numbers. We call on Members of Parliament to do likewise with this proposal," concluded Mr Deighan.

Abortion and Northern Ireland are in the legal spotlight today in the Appeal Court in London.

The pro-abortion narrative regarding this case is that it's about Northern Irish women being able to get free abortions on the NHS in England. The Society for the Protection of Unborn Children (SPUC) in Northern Ireland, on the other hand, sees the hand of the abortion industry very much at work seeking to feather abortionists' nests at the expense of women and unborn children.


Women in Northern Ireland are clearly looking for better options than abortion according to the Society for the Protection of Unborn Children (SPUC). As the Court of Appeal hears the case of R(A and B) v. Secretary of State for Health, SPUC has pointed to the declining number of Northern Irish women travelling to England to get an abortion.

"15 years ago, around 1,600 women were going to England to have abortions. This figure has dropped steadily since then with only 802 recorded in 2013", said Liam Gibson, SPUC Development Officer in Northern Ireland. "This tells us that women in Northern Ireland facing a crisis pregnancy are looking for better options. Help is available for any woman who feels she cannot cope. Abortion is never a solution."

The case before the Appeal Court today is a further attempt to get the Secretary of State for Health in England to give women from Northern Ireland 'free' abortions on the NHS.

Mr Gibson said: "The right to life of unborn children in Northern Ireland is protected by the law. This case serves the interests of the abortion industry. It is not about the welfare of women and the lives of their children."