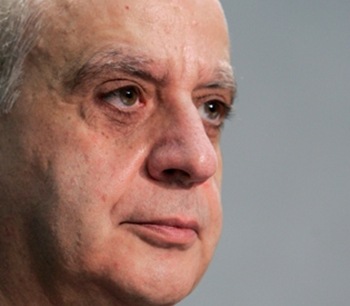 I am confident that I would be sacked by my organization if I had written an article, and I had publicly refused to back down, which implied that I supported a direct abortion. That's what tends to happen in the secular world when you persist in a position which completely undermines the raison d'etre of your organization: in SPUC's case the value and inviolability of every human life.

By way of complete contrast, Archbishop Rino Fisichella, the president of the Pontifical Academy for Life, has stood by the original wording of his article in L'Osservatore Romano, last year, which implied that there are difficult situations in which doctors enjoy scope for the autonomous exercise of conscience in deciding whether to carry out a direct abortion. He has not been sacked. Indeed we hear that he has been invited by the Pontifical Council for the Laity to speak this week at their annual plenary meeting in Rome on “The responsibility of the lay faithful in politics.”

Such an invitation adds insult to lay Catholics who have fought for over four decades to oppose all direct abortion, to the injury to the pro-life movement which I described in my post earlier this month. It's also an insult to the five prominent members of the Pontifical Academy for Life who - following a meeting of the Academy - called on Pope Benedict to remove Archbishop Fisichella as President of the Pontifical Academy for Life.

The responsibility of the lay faithful in politics is to continue to call for the sacking of Archbishop Rino Fisichella.