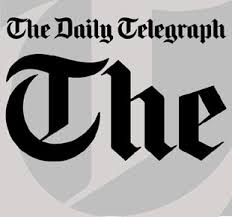 I believe that Britain is blessed with some of the finest Catholic priests in the world.

That belief is confirmed by today's story and letter in The Daily Telegraph under the headlines: Gay marriage could signal return to ‘centuries of persecution’, - say 1,000 Catholic priests ... More than 1,000 priests have signed a letter voicing alarm that same-sex marriage could threaten religious freedom in a way last seen during “centuries of persecution” of Roman Catholics in England.

"One of the biggest letters of its type ever written" is also signed by 13 bishops.

I have often mentioned the excellence of Catholic priests in Britain to pro-life colleagues in other parts of the world - and when I describe the support received by the Society for the Protection of Unborn Children from Catholic priests for our work, and the support that many priests give to the pro-life and to the pro-family cause generally, my overseas pro-life colleagues acknowledge the force of what I'm saying.

We will also see that support played out through the generous support for SPUC's White Flower appeal in hundreds of churches throughout England and Wales this weekend.

On behalf of all the vulnerable people you seek to protect, Fathers, in all your witness, encouragement, formation and prayers, thank you.