Report of my address to Nigeria's Catholic bishops

Below is SPUC's press release about my address last night to Nigeria's Catholic bishops:

Abuja, Nigeria, 6 June 2014: Nigeria's Catholic bishops have given a standing ovation for tough words in a speech last night given by a veteran UK pro-life leader.

John Smeaton, chief executive of the Society for the Protection of Unborn Children (SPUC) www.spuc.org.uk last night addressed (full text) the bishops at a dinner in Abuja, Nigeria's capital, following a pro-life march and conference organised by the Catholic Bishops' Conference of Nigeria (photographs below).


"Compared with Nigeria, Britain is a poor nation. I am not measuring wealth by the criteria of the International Monetary Fund ... Nigeria’s true wealth, compared with Britain’s, can be found in its fertility rate, which is more than five children per woman of child-bearing age, in contrast to the UK's rate of less than two. That’s why many politicians and institutions in powerful Western nations are afraid of Nigeria and want to interfere with laws and policies in [Nigeria] which affect women and children in particular."


"Nigeria's wealth is also reflected in the moral leadership given by Catholic Church leaders in Nigeria. Your opposition in 2010 to the African Union’s pro-abortion Maputo Protocol, led by His Eminence John Onaiyekan, the cardinal archbishop of Abuja, reverberated around the world ... Earlier this year, you, the Catholic bishops of Nigeria publicly thanked Goodluck Jonathan, Nigeria's president, for signing into law the Same Sex Marriage (Prohibition) Bill, 2011".


"As a pro-life leader, as a Catholic parent, I am very grateful to the Nigerian Catholic Bishops for your defence of our families. You are following the example of St. Charles Lwanga and his companions. Standing up against the worldwide homosexual agenda is crucial for the protection of children and it is a fundamental pro-life issue. Bishops around the world should follow the Nigerian bishops' lead and speak out for strong policies against the subversion of the truth and meaning of human sexuality."


"British Prime Minister, David Cameron has threatened to withhold UK aid from poor countries that do not conform saying in connection with the homosexual rights agenda, and I quote: 'British aid should have more strings attached'." Just a few weeks ago, last April, Nigeria’s permanent representative at the UN, Ambassador Joy Ogwu, came under attack from International Planned Federation for opposing abortion on behalf of the Nigerian delegation at the UN."

Pointing out that "the pro-life movement cannot defeat the culture of death on our own", Mr Smeaton called for:


"pro-life organizations and the wider community [to] be fortified by unequivocal, unyielding voices of Catholic Church officials and bishops throughout the world. I implore all Catholic bishops throughout the world to speak out clearly and categorically that politicians who vote for and publicly support abortion legislation must publicly retract and refute the position they have adopted before receiving Jesus Christ in Holy Communion".


"many leaders of faithful Christian and pro-life, pro-family organizations have found" absoluteness "severely lacking in Catholic leadership today ... In its place we have weakness and compromise."

This lack of absoluteness on the teaching of Humanae Vitae (Pope Paul VI's encyclical against contraception) has had a negative impact on the pro-life fight, because "the use of contraception undermines respect for the sanctity of human life from conception and makes abortion an option", said Mr Smeaton. 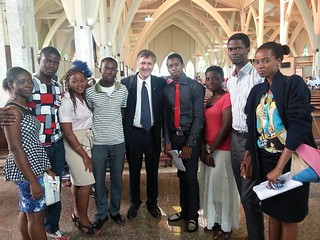 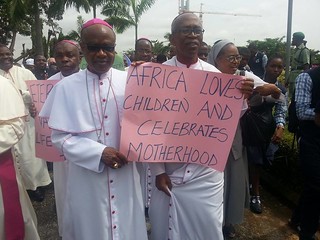 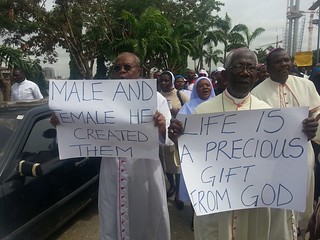 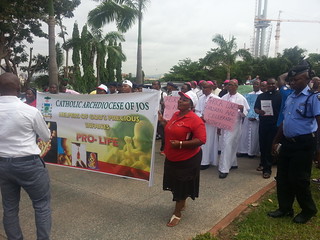 SPUC's communications department can be contacted on:
Comments on this blog? Email them to johnsmeaton@spuc.org.uk
Sign up for alerts to new blog-posts and/or for SPUC's other email services
Follow SPUC on Twitter
Like SPUC's Facebook Page
Please support SPUC. Please donate, join, and/or leave a legacy
at 17:28