Catholic Voices amends abortion blogpost but has further work to do 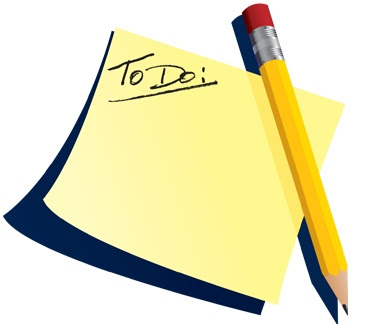 Following my blogpost yesterday evening ("Does Catholic Voices now "accept that abortion should be legal"?"), I welcome the fact that Catholic Voices has now amended its blogpost. Here is the original version of the section I focused on (my emphases in bold):


"But in reality, Catholics on campus have nothing to fear. The motion contains no definition of "pro-choice"; if it means simply someone who accepts that abortion should be legal, most Catholics -- including the bishops of England and Wales, who advocate incremental restrictions, but not yet a total ban -- would fit that description.

And that is why it may turn out that the UCLU motion will come to be seen not as closing down discussion of abortion but a major spur to opening it up."


"But in reality, Catholics on campus have nothing to fear. The motion's definition of pro-choice ideology is so narrow and extreme, and its actions so brow-beating and authoritarian, that it will show informed pro-lifers who accept that abortion cannot be prohibited immediately -- including the bishops of England and Wales, who advocate incremental restrictions, but realise that a total ban is currently impossible to achieve -- to be the true advocates of moderate, rational and humane principle.

And that is why it may turn out that the UCLU motion will come to be seen not as closing down discussion of abortion but a major spur to opening it up."

Catholic Voices, however, has not amended the blogpost's erroneous references to abortion law (my emphases in bold):
Firstly, it is not clear whether "seek an abortion" means simply that, or means (as the context implies) "seek and have an abortion". Whatever it means, however, there is no "legal right" to abortion in any law in the United Kingdom. Abortion is a criminal offence under the Offences Against The Person Act 1861. The Abortion Act 1967 does not create a "legal right" to abortion: rather, the Act provides automatic exoneration from prosecution for those involved in an abortion if they follow the Act's conditions. It is dangerously irresponsible for a Catholic organisation to concede that there is a "legal right" to abortion in domestic law, as such concessions are gold-dust for the international pro-abortion lobby. At the United Nations and other high-level international institutions, the pro-abortion lobby repeats examples of national laws which grant a "legal right" to abortion, in order to argue that there is a worldwide consensus that abortion is a woman's right. Pro-lifers, for the sake of the international battle for the unborn, cannot afford to be unclear about the criminal status of abortion in British national law.

Secondly, as I said in my blogpost yesterday, 24 weeks is not the upper time-limit for abortion in Britain; in fact, abortion is allowed up to birth under the Abortion Act 1967 as amended in 1990. Only two grounds (C and D) of the seven grounds for abortion (as used in the official abortion statistics) are limited to 24 weeks; the other five grounds have no time-limit i.e. up to birth. Under those five grounds, abortions are performed on both disabled children (under ground E) and non-disabled children (under grounds A, B, F and G). The fact that the majority of abortions are performed under the two time-limited grounds does not make those grounds normative, either in law or in fact. Also, abortions under the five grounds with no time-limit are not exceptions, either in law or in fact. In law, those five grounds have equal status with the two time-limited grounds; and in fact, abortions on both disabled and non-disabled children are performed on average every day. (See A Way of Life section 1.2.2 and other sections for more information about abortion law. Word-searches on my blog and the SPUC website will also provide more such information.)

So Catholic Voices has further work to do in correcting its blogpost - and proving that it is a reliable source of pro-life commentary.