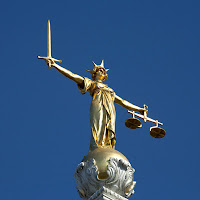 The Association of Lawyers for the Defence of the Unborn (ALDU) published a quarterly Newsletter every year from 1979 until 2006. In its new blog, launched in June, it is including extracts from those Newsletters and additional comments on legal issues relating to abortion and related matters.

The ALDU blog is a must-read for pro-lifers, especially the extracts from the Newsletters, which contain argumentation on bioethical matters of crucial relevance today:


"We should not forget that the Abortion Act was drafted and supported by people who were fervently in favour of abortion being legalised and one would expect, therefore that abortionists would at least comply with the law that their supporters had produced. But they do not obey even their own law." http://aldulaw.blogspot.co.uk/2012/07/it-has-now-been-confirmed-as-if-we-did.html

"'Every child a wanted child' is another abortion mantra, revealing the eugenic background to abortion. Woe betide any child who is not wanted, for you will be killed." http://aldulaw.blogspot.co.uk/2012/07/abortion-act-1967-25th-year-reflection.html

"'You have to educate a woman about her contraceptive choices', says [Melinda] Gates. One of the choices that women (and men) have, the only one that makes sense, is to reject chemical and technological interference with their bodies and to embrace the truth about themselves." http://aldulaw.blogspot.co.uk/2012/07/humpty-dumpty-thinking.html