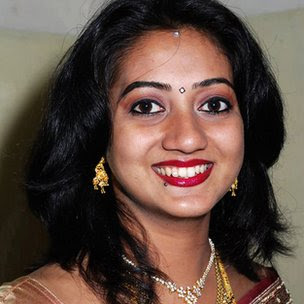 SPUC has responded to claims that Savita Halappanavar’s death was due to a hospital's refusal to abort her unborn child by inducing labour. According to reports, Mrs Halappanavar was 17 weeks’ pregnant when she came to the hospital in Galway. She miscarried and later died from septicaemia. The case is currently subject to investigations.


“The full details of this case are not yet known, so we must await the investigations which have been launched before we can make definitive comments. What we do know is that miscarriage and infection can be managed by proper medical treatment. Abortion is not medicine - it does not treat or cure any pathology."

Leading obstetricians with extensive experience in dealing with these situations have found that they can be successfully managed without abortion, while sometimes the pregnancy can be saved. This was recently confirmed at a symposium in Dublin by Dr Byron Calhoun, a US obstetrician http://youtu.be/RA1UJEHafLk


“It is not ethical to induce delivery of an unborn child if there is no prospect of the child surviving outside the womb. At 17 weeks’ pregnancy Mrs Halappanavar’s child was clearly not viable outside the womb, as there is no scientific evidence that unborn children are capable of surviving outside the womb at such a young age. Rather than removing the protection of the womb from unborn children, the ethical response to emergency situations in pregnancy is medical treatment of the mother for the conditions causing the emergency. In the case of infection, this is usually timely administration of antibiotics. It is also not ethical to end the life of an unborn child, via induction or any other means, where the child is terminally-ill.

We do not oppose medical treatment which is necessary for the mother and targets her own body but may have an adverse side-effect on the baby such as unintended death/miscarriage, provided this is truly unintended and proportionate to the threat to the mother.

What is rarely reported are the many cases of women who have died from infection or other causes because of supposedly safe and legal abortions. Manon Jones, Jessie-Maye Barlow and Emma Beck would all be alive today if they had not been subjected to abortions in Britain. The Republic of Ireland has the world’s best record in maternal health, without recourse to abortion. By contrast, Great Britain and the United States, with their high abortion rates, have poor maternal health records. It is therefore entirely spurious to argue that Ireland should legislate for abortion in order to save women’s lives.”