IVF and condom use are related in the culture of death 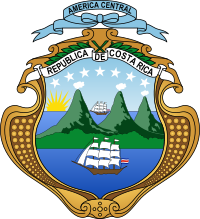 It is reported that Costa Rica is under pressure to legalise in vitro fertilisation (IVF). Amidst all the challenges faced by the pro-life movement, we must continue to work openly and courageously for a ban on all IVF procedures. Opposing IVF does not imply denying babies, conceived by IVF, their humanity. However, it's vital to oppose IVF as a way of conceiving children since it turns human beings into commodities to be brought to birth or discarded at will. Since the birth to the first IVF child over thirty years ago, in the UK well over two million embryos have been discarded, or frozen, or selectively aborted, or miscarried or used in destructive experiments.

IVF amounts to the manufacture of human beings. The practice of IVF assumes that our offspring may be produced in the laboratory, and that the role of the natural mother, in safeguarding with her own body the welfare of the embryo from conception, may legitimately be transferred to other people.

Do read Fr Fleming's review for SPUC of Dignitas Personae, the 2008 Instruction on certain bioethical questions from the Congregation for the Doctrine of the Faith (CDF). Also, do order a copy of Fr Fleming's book on the same Instruction.

The use of IVF and related technologies have been condemned by the Catholic Church as contrary to the natural moral law. Catholic teaching on the matter is crystal clear. As Dignitas Personae explains (14):


"The fact that the process of in vitro fertilization very frequently involves the deliberate destruction of embryos was already noted in the Instruction Donum vitae. There were some who maintained that this was due to techniques which were still somewhat imperfect. Subsequent experience has shown, however, that all techniques of in vitro fertilization proceed as if the human embryo were simply a mass of cells to be used, selected and discarded."

The Catholic Church also teaches that:


"The moral relevance of the link between the meanings of the conjugal act and between the goods of marriage, as well as the unity of the human being and the dignity of his origin, demand that the procreation of a human person be brought about as the fruit of the conjugal act specific to the love between spouses." (Instruction Donum Vitae, on respect for human life in its origin and on the dignity of procreation, Congregation for the Doctrine of the Faith, 1987)

The Catholic Church's teaching against IVF shares some common points with its perennial prohibition of all condom use. In both IVF and condom use, sexual activity is separated from procreation, with ejaculation occurring outside the morally required environment of a wife's vaginal tract. As I have argued many times, the acceptance of the separation of sexual activity from procreation underpins today's anti-life and anti-family culture. Either directly or indirectly, that separation and its acceptance underpins abortion, abortifacient birth control, destructive embryo research, abusive parenting of children and the promotion of homosexuality. As the late Pope John Paul II, the great pro-life champion, taught (Evangelium Vitae, 1995, para.97) it is an illusion to think that we can build a true culture of human life if we do not offer adolescents and young adults an authentic education in sexuality, and in love, and the whole of life according to their true meaning and in their close interconnection.

It is therefore absolutely vital that faithful pro-life/pro-family Catholics must:
Comments on this blog? Email them to johnsmeaton@spuc.org.uk
Sign up for alerts to new blog-posts and/or for SPUC's other email services
Follow SPUC on Twitter
Join SPUC's Facebook group
Please support SPUC. Please donate, join, and/or leave a legacy
at 14:43