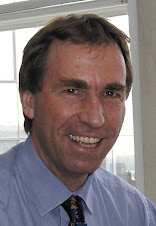 Anyone concerned about the real threat of dying as a result of euthanasia in Britain should read Peter Saunders's informative post about a new "independent" commission on assisted dying. (Peter is pictured right.) He writes:


"The fact that an ‘independent’ commission on ‘assisted dying’ is to be chaired by a peer who just last year tried to relax the law on assisted suicide, is being funded by a celebrity novelist who is passionately pushing for a change in the law and was dreamt up by a leading campaign group will certainly raise eyebrows."

The truth is that euthanasia threatens all of us in Britain:
You might want to bookmark Peter Saunders's post for future reference. We can fully expect the media, like the Daily Telegraph, to weigh behind the "independent" commission at its launch next Tuesday and when its conclusions are published in a report next October (2011).

Comments on this blog? Email them to johnsmeaton@spuc.org.uk
Sign up for alerts to new blog-posts and/or for SPUC's other email services
Follow SPUC on Twitter
Join SPUC's Facebook group
Please support SPUC. Please donate, join, and/or leave a legacy
at 19:28