The use of condoms is not a moral solution, says Pope Benedict, in widely-misrepresented interview 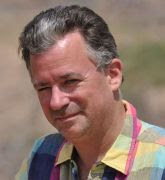 Austen Ivereigh (pictured), the Max Clifford of Catholic dissent in England, is a far better at being a publicist for dissent from Catholic teaching than he is an accurate reporter on Catholic affairs.

I was not a bit surprised this morning to find Austen Ivereigh, a former editor of The Tablet (a weekly magazine which works to undermine Catholic teaching on the sanctity of human life), at the centre of a maelstrom of carefully created confusion about what Pope Benedict actually said about condoms in a soon-to-be-published interview with the Pope.

How neatly he misrepresents the widely-reported extract from the interview in last night's Guardian. Ivereigh is quoted as saying:

"Rome has been silent on this for some years. The difficulty has been how they can clarify this teaching without it looking like they are lifting the ban on contraception.

"It may well be that the pope has decided that this is the best way of doing it - through a book-length interview."

"Moral possibilities" Austen? I'm sure you are a sufficiently professional writer to have read the interview you're promoting. [By the way, let's make sure we all read the text and not the headlines of stories on the subject of the Papal interview. And let's all demand proper translations of what the Pope said.] Why then do you fail to point out that Pope Benedict is specifically reported as saying that "the use of condoms" is not a moral solution?

In the feeding frenzy of the world's media feverisly picking up such Ivereigh-esque misrepresentations of the Catholic Church's position on the use of condoms, few journalists will quote Pope Benedict's Caritas in Veritate published only last year in which he stated:


"The Encyclical Humanae Vitae emphasizes both the unitive and the procreative meaning of sexuality, thereby locating at the foundation of society the married couple, man and woman, who accept one another mutually, in distinction and in complementarity: a couple, therefore, that is open to life[27]. This is not a question of purely individual morality: Humanae Vitae indicates the strong links between life ethics and social ethics, ushering in a new area of magisterial teaching that has gradually been articulated in a series of documents, most recently John Paul II's Encyclical Evangelium Vitae[28]. The Church forcefully maintains this link between life ethics and social ethics, fully aware that 'a society lacks solid foundations when, on the one hand, it asserts values such as the dignity of the person, justice and peace, but then, on the other hand, radically acts to the contrary by allowing or tolerating a variety of ways in which human life is devalued and violated, especially where it is weak or marginalized.'[29]"

Unlike an interview with a journalist, Caritas in Veritas is intended by Pope Benedict as a teaching document of the Catholic Church: a teaching document which points out that "the unitive and the procreative meaning of sexuality" is not a question "of purely individual morality" but forms part of "magisterial teaching" which "forcefully maintains" the "link between life ethics and social ethics".  Following Pope Benedict's teaching document, I explained in my speech at the 4th pro-life world congress in Spain last year howthe artificial separation of the unitive and procreative elements of sexual intercourse is not only the basis of contraception, it's also the basis of early abortion and in vitro fertilisation. It underpins today's culture of death.

Pope Benedict, like other Catholics, is bound by the magisterium of the Church which he proclaims in Caritas in Veritate. He's not likely to promote a change to that teaching in an interview with a journalist a year later - and he doesn't do so.

Austen Ivereigh's latest intervention simply reinforces my opinion that he is seeking to redefine the common perception of what constitutes mainstream Catholicism, and that he should not be appointed to any representative position in any official or unofficial Catholic or pro-life/pro-family organisation.

Catholics could do worse than boycott any publication which makes use of his kind of misrepresentations of the Pope's position on condoms.


Comments on this blog? Email them to johnsmeaton@spuc.org.uk
Sign up for alerts to new blog-posts and/or for SPUC's other email services
Follow SPUC on Twitter
Join SPUC's Facebook group
Please support SPUC. Please donate, join, and/or leave a legacy
at 07:54