Please watch Reggie Littlejohn's powerful video exposing the horror of the Chinese one-child policy. Reggie Littlejohn is President of Women’s Rights Without Frontiers, a non-partisan, international coalition to oppose forced abortion and human trafficking in China. She is also an internationally acclaimed expert on China’s One Child Policy. She has twice delivered an address at European Parliament in Brussels concerning the One-Child Policy. Her first Address was included as a chapter in the book, Human Rights in China After the Olympic Games, (Human Rights Without Frontiers, 2009), now available on Amazon.com.

The brutal Chinese one-child policy receives support and funding from the United National Population Fund (UNFPA). Extensive details of this support are listed below. In 2010 the UK was listed as the seventh highest regular donor to the UNFPA and gave the highest amount of what the UNFPA categorise as 'Other contributions'. The UK gave a grand total of US$97,840,118 (£60,573,145.13) to UNFPA in 2010 alone. 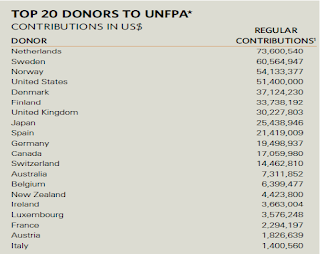 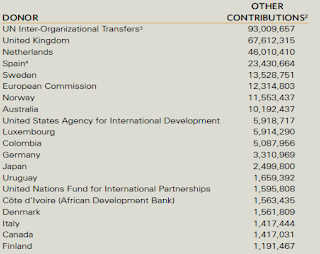 It is to our great shame that the UK is complicit in this most tragic abuse of human life. Women's Rights without Frontiers have an ongoing international petition which you can sign today. Please do so. The petition reads:

To the Attention of Chinese Ambassador, Mr. Zhang Yesui

Dear Sir,
We are aware that Chinese authorities are forcibly aborting women to enforce coercive birth limits in connection with China’s One Child Policy.  We, the undersigned, are deeply concerned for the suffering caused by these forced abortions and respectfully request that the Chinese government stop this brutal practice.