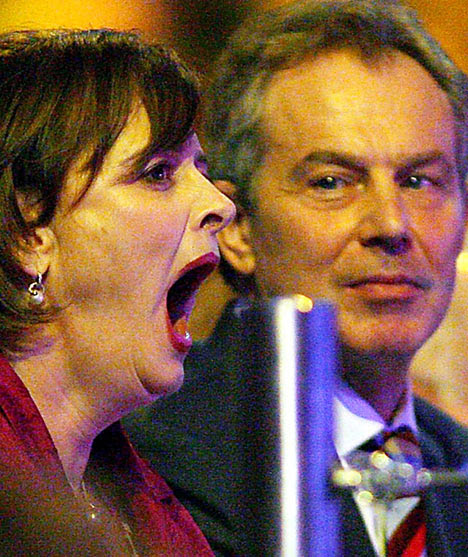 A quick visit to Cherie Blair's website reveals that she endorses a radical pro-abortion agenda by the United Nations.

In the section About this site, Mrs Blair writes:

"This website is dedicated to the issues that concern me, to helping improve the position of women throughout the world by sharing information and by safeguarding and promoting human rights. At the heart of the website is the Women of the World section."

On a page in the Women of the World section, Mrs Blair says:

"The [United Nations] Convention [on the Elimination of Discrimination against Women (CEDAW) ... is the only human rights treaty which affirms the reproductive rights of women".

"Reproductive rights" is a term commonly used to include abortion on demand.

Mrs Blair, like her husband Tony, is often listed as a Catholic. Yet like her husband, Mrs Blair has a long track-record of promoting anti-life and anti-family causes, in opposition to Catholic teaching. In July 2003, Mrs Blair endorsed the International Planned Parenthood Federation (IPPF), the world’s leading promoter and provider of abortion, by hosting a private reception at 10 Downing Street (the prime minister’s residence) for IPPF’s “Lust for Life” fundraising campaign. At the annual Labour party conference in September 2005, Mrs Blair celebrated the 75th anniversary of the Family Planning Association (fpa), the UK branch of IPPF, helping to cut a special birthday cake (and pictured here jokingly offering a condom to the camera-man.) Both IPPF and FPA endorsed the failed campaign to remove the Holy See from the United Nations.

It is therefore deplorable that an abortion-promoter like Mrs Blair was invited to speak last week at the Dominican University of California. The university describes itself as a "university of Catholic heritage", which "seeks to embody Dominican educational ideals" such as "deep respect for the dignity and worth of the individual" and "respect for the human person, with a concern for individual human rights". What about the unborn, whom Mrs Blair is conspiring against?

Organisations associated with the Catholic Church (or indeed any group, religious or secular, opposed to abortion) should not invite Mrs Blair to their events - or her husband, as I blogged recently.
at 15:55