"I will prohibit my cabinet from voting for pro-life laws" says Stephen Harper, Canada's Conservative leader

As the general election in Canada approaches, Mr Stephen Harper, Canadian prime minister and Conservative leader, has warned parliamentary candidates not to answer pro-life lobbyists' questionnaires on their position on abortion. Candidates may be breaking the criminal code by doing so, Harper claims! 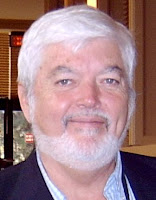 Jim Hughes, president of the impressive Campaign Life Coalition in Canada, whose international conference I attended last weekend, told delegates: "This is an attempt to limit the pro-life movement's democratic rights, by intimidating candidates in this way. But the electorate, not the politicians, will decide what the election issues are".

Jim Hughes reminded delegates that none of Canada's party leaders was pro-life. Through an all-party agreement, a "gag" law was passed by the Canadian Parliament drastically limiting the amount to be spent by third parties at a general election. "Campaign Life Coalition was the primary focus of that law," Jim told me. "Pro-abortion politicians hate us with a passion."

Stephen Harper has gone as far as saying that he will prohibit any member of his cabinet from voting for pro-life legislation if he wins the election.

As a first-time visitor to Canada, taking part a well-attended pro-life conference, my impression is that Stephen Harper and his pro-abortion allies in other parties won't silence the pro-life movement for long. It's a large, vibrant, growing, well-informed, well-led movement with young people very much in evidence on the platform and amongst the delegates.
at 15:15