Pro-family amendment is a victory for common sense 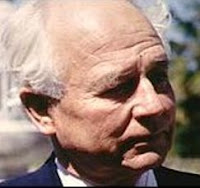 There was an important victory yesterday in Parliament in defence of the culture of life with the passage of an amendment by Lord Waddington (pictured) in the House of Lords.


Quite apart from its obvious common sense, the amendment is important for our building of a culture of life in Britain.  SPUC is not a religious organization, but I know from experience that many of our members, of all faiths and none, would fully concur with Pope John Paul II's words in Evangelium Vitae (97):


"it is an illusion to think that we can build a true culture of human life if we do not offer adolescents and young adults an authentic education in sexuality, and in love, and the whole of life according to their true meaning and in their close interconnection."

In an illuminating passage, Pope Benedict urges the world to re-read Humanae Vitae. He reminds mankind, showing no fear of the hostility of politically-correct opponents of church teaching:


"The great Scholastic theologians have characterised matrimony, the life-long bond between man and woman, as a sacrament of creation, instituted by the Creator himself and which Christ – without modifying the message of creation – has incorporated into the history of his covenant with mankind ... Beginning from this perspective, it would be beneficial to read again the Encyclical Humanae Vitae: the intention of Pope Paul VI was to defend love against sexuality as a consumer entity, the future as opposed to the exclusive pretext of the present, and the nature of man against its manipulation ... "


Pope Benedict echoes Pope John Paul when he says the devaluation of the "language of creation" leads to "the self-destruction of man".


"When the Government last year introduced a new offence of inciting ‘homophobic hatred’, a free speech shield was tabled by Lord Waddington and accepted by the Government in May 2008 because they did not want to loose the Bill. However, they said that they would repeal it at the first opportunity.

"In March this year MPs agreed to delete it. However, this was reversed by the House of Lords in July. Earlier this week, the House of Commons overturned it, but last night Peers fought back and insisted on their disagreement. The Government then backed down.

"The free speech clause reads: “For the avoidance of doubt, the discussion or criticism of sexual conduct or practices or the urging of persons to refrain from or modify such conduct or practices shall not be taken of itself to be threatening or intended to stir up hatred.”

"Once again, the House of Lords voted in favour of the pro-family Waddington amendment to the Coroners and Justice Bill. By 179 votes to 135 the House voted to insist on the amendment. Some very strong speeches from Lord Waddington, Baroness Butler-Sloss, Lord Dear, Lord MacKay of Clashfern, the Bishop of Winchester, Lord Clarke of Hampstead, Lord Henley (who announced the Conservatives had a free vote), Baroness Falkner who spoke for the Lib Dems (who had a free vote) and Baroness Paisley. The only speakers against were Baroness Turner (known as “Old Labour”) and Lord Smith of Finsbury.