The Catholic Church does not support the government's sex ed plans 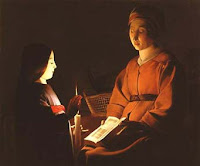 The Teenage Pregnancy Independent Advisory Group (TPIAG), a government-established pro-abortion quango, has claimed in its latest report that:


"TPIAG commends the Government for its decision to make PSHE education, including SRE, statutory at all key stages .... We are very pleased that Church of England and Catholic Church are also supporting this move." [my emphasis]


The TPIAG is undoubtedly referring to the general  - and disgraceful - support given by the Catholic Education Service (CES) of England and Wales to the government's proposals, contained in the Children, Schools and Families (CSF) bill. The CES, however, does not comprise the Catholic Church: it is an organ of the Catholic Bishops' Conference of England and Wales (CBCEW). Whilst it is understandable that a bishops' conference and its organs seek to speak for and on behalf of the Catholic Church, it may be illuminating to read what Joseph Cardinal Ratzinger (now Pope Benedict XVI) said whilst Prefect of the Congregation for the Doctrine of the Faith:


"We must not forget that the episcopal conferences have no theological basis, they do not belong to the structure of the Church, as willed by Christ, that cannot be eliminated ... No episcopal conference, as such, has a teaching mission: its documents have no weight of their own save that of the consent given to them by the individual bishops."


Among the government's proposals is, as the TPIAG report explains, the teaching of sex and relationships education (SRE) from the start of primary school (key stage one, ages five to seven) onwards. In contrast, the Catholic Church's key teaching document on sex education, The truth and meaning of human sexuality: guidelines for education within the family (Pontifical Council for the Family, 1995), teaches that:
On this point (of pre-pubescent sex education) and on other points which I have blogged about recently, it is clear that the government's proposals, and the CES's general support for them, are contrary to Catholic teaching.

There can be no doubt the government will use the bill, if passed, to promote abortion in schools. The bill's principles will be used to ensure that pro-abortion propaganda dominates the content of sex education. Schoolgirls will be told that they have a right to abortion, that abortion is virtually harmless and that pro-abortion agencies provide good sexual health services. 'Equality' and 'diversity' will be used to suppress opposition to abortion. The abolition of parents' right to withdraw older children from sex education classes will ensure that no child leaves state schooling without having been brainwashed with an pro-abortion mentality.

It is therefore imperative that Catholics put the record straight by speaking out against the government's plans so disgracefully supported by the CES.