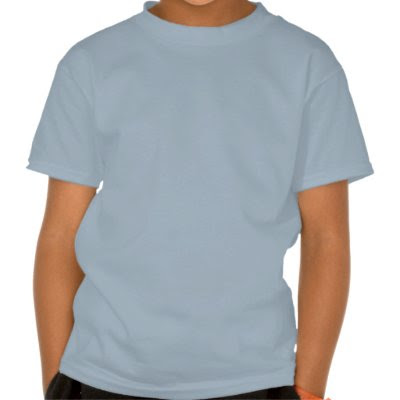 Pat Buckley - European Life Network drew attention earlier this month to a new major comparative study of adults conceived by means of "donor". It's entitled My Daddy’s name is Donor: A New Study of Young Adults Conceived Through Sperm Donation, and it's published under the auspices of the Commission on Parenthood’s Future in New York.

An executive summary from the study states:


"In 1884, a Philadelphia physician put his female patient to sleep and inseminated her with sperm from a man who was not her husband. The patient became pregnant and bore a child she believed was the couple’s biological offspring.

"Today, this event occurs every day around the world with the willing consent of women and with the involvement of millions of physicians, technicians, cryoscientists, and accountants. The United States alone has a fertility industry that brings in $3.3 billion annually. Meanwhile, 'fertility tourism' has taken off as a booming global trade. A number of nations bill themselves as destinations for couples who wish to circumvent stricter laws and greater expense in their own countries in order to become pregnant using reproductive technologies. The largest sperm bank in the world, Cryos, is in Denmark and ships three-quarters of its sperm overseas.

"In the U.S., an estimated 30,000-60,000 children are born each year through sperm donation, but this number is only an educated guess. Neither the industry nor any other entity in the U.S. is required to report on these vital statistics. Most strikingly, there is almost no reliable evidence, in any nation, about the experience of young adults who were conceived in this way.

"This study is the first effort to learn about the identity, kinship, wellbeing, and social justice experiences of young adults who were conceived through sperm donation. The survey research firm Abt SRBI of New York City fielded our survey through a web-based panel that includes more than a million households across the United States. Through this method we assembled a representative sample of 485 adults between the ages of 18 and 45 years old who said their mother used a sperm donor to conceive them. We also assembled comparison groups of 562 young adults who were adopted as infants and 563 young adults who were raised by their biological parents.

"We learned that, on average, young adults conceived through sperm donation are hurting more, are more confused, and feel more isolated from their families. They fare worse than their peers raised by biological parents on important outcomes such as depression, delinquency and substance abuse. Nearly two-thirds agree, “My sperm donor is half of who I am.”

"Nearly half are disturbed that money was involved in their conception.

"More than half say that when they see someone who resembles them they wonder if they are related. Almost as many say they have feared being attracted to or having sexual relations with someone to whom they are unknowingly related. Approximately two-thirds affirm the right of donor offspring to know the truth about their origins. And about half of donor offspring have concerns about or serious objections to donor conception itself, even when parents tell their children the truth.

"The title of this report, My Daddy’s Name is Donor, comes from a t-shirt marketed to parents of babies who were donor conceived. The designers of the shirt say it’s just meant to be funny. But we wondered how the children feel when they grow up.

"This unprecedented, large, comparative, and very nearly representative study of young adults conceived through sperm donation responds to that question. The extraordinary findings reported in the stories, tables and figures that follow will be of concern to any policy maker, health professional, civic leader, parent, would-be parent, and young or grown donor conceived person, anywhere in the world. An extensive list of recommendations is found at the conclusion.

"We aim for nothing less than to launch a national and international debate on the ethics, meaning, and practice of donor conception, starting now."

Southern Cross Bioethics Institute, consultants to SPUC, have sent me the following comment on the study:


"This study is a valuable contribution to the issue of human conception using donated sperm, focusing on the experiences of donor-conceived adults themselves.  (Some minor studies suffering from low numbers, possible recruitment/self-selection bias, lack of control, and other variables nevertheless tend to support elements of this major study.  See:

Turner A.J. & Coyle  A. What does it mean to be a donor offspring? The identity experiences of adults conceived by donor insemination and the implications for counselling and therapy. Human Reproduction, Vol. 15, No. 9, 2041-2051, September 2000;

Jadva, V. et al. 'Age of disclosure and donor offspring’s feelings about finding out they were donor conceived.' 2008

"The study has received some minor criticism for not being peer-reviewed, the implication being that its standards are inferior to peer-reviewed publications. However, there do not appear to be any other studies of this magnitude – peer-reviewed or otherwise – to either confirm or contradict the results of this study ...

" ... On its own terms, this study confirms what ought to be common sense to most people: that the intentional conception of a child with the use of sperm from an anonymous donor will necessarily have practical and personal consequences for that child. This study illuminates these consequences, through the experience of the donor offspring themselves.

"It should therefore be regarded as an extremely valuable contribution to the debate on reproductive technology, at least for the raw data it provides, and the issues it raises. While the interpretation offered by the authors may be open to allegations of bias, this goes to more fundamental questions of how we weigh the various factors uncovered by their study, and certainly to the deeper issue of the value we ascribe to human life and human rights. After all, the debate over donor conception and reproductive technologies would never have emerged if members of society did not hold different degrees of tolerance for the existential confusion inflicted upon others."