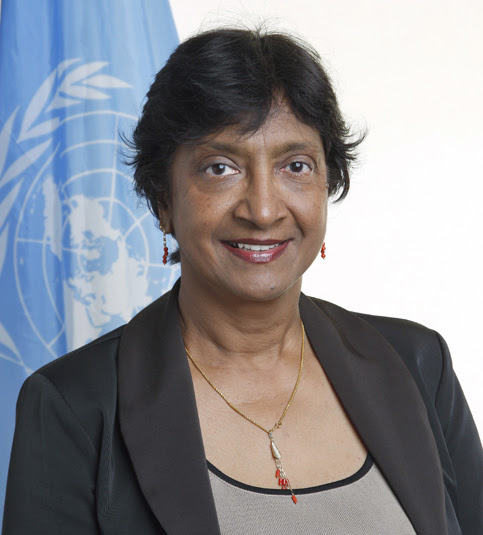 
"This report is being bounced through the United Nations forums, blatantly ignoring any evidence which disputes its conclusions and deliberately avoiding debate. The clear intention of the powers-that be is to use this ideologically-driven report's findings to influence the Millennium Development Goals Review later this year at the UN in New York."

In a carefully stage-managed and one-sided debate in Geneva this week, both the Holy See and the Society for the Protection of Unborn Children (SPUC), the only pro-life NGO present at the Session, were excluded from making an intervention. SPUC's planned intervention can be found here. Pat explains:

"The debate was carefully handled by limiting the time available for it. This resulted in the Holy See being excluded from making an intervention and it eliminated the only pro-life NGO voice present at the session, the Society for the Protection of Unborn Children. Nevertheless two pro-abortion NGO’s, Amnesty International and the Centre for Reproductive Rights, representing a large group of pro abortion organizations such as International Planned Parenthood (IPPF) and IPAS, were given space to be heard.

"In the end, the lone opposition to the anti-life agenda, the Egyptian delegate, was very criticical of the inaccurate statistics and the push for the creation of a 'right' to abortion.

"Events in Geneva this week are the latest in international political manoeuvres to declare a human right to abortion, something which has eluded the pro-abortion lobby since their defeat at the 1994 UN conference on population and development, in Cairo.

"This week's pro-abortion report arose from a resolution approved in 2009, which called for the High Commissioner for Human Rights to prepare 'a thematic study on preventable maternal mortality and morbidity and human rights'. Following approval of the resolution the thematic study was then elevated to be a joint report of both the High Commissioner and the UN Secretary General. The subsequent report and Monday’s one-sided debate are a prelude to the review of the Millennium Development Goals due to take place in September in New York - when, I've no doubt, this report will be back on the agenda."

Prior to preparation of her report the High Commissioner invited submissions from interested parties. However, despite the fact that a number of pro-life organizations made detailed submissions setting out the real causes of maternal death (and how high levels of maternal mortality in developing countries can be reduced without recourse to abortion) the High Commissioner's report cites so called “unsafe abortion” as one of the major causes of maternal mortality. It was based on the World Health Organisation statistics, which have been shown to be wildly inaccurate; and, once prepared, the report was carefully handled to sidestep any possibility of the flawed statistics being exposed or criticized in a resolution, thus undermining the report's credibility.  See the link above to Pat Buckley's planned intervention which exposes the evidential flaws in Navanethem Pillay's report.