Abortion: the tragedy disguised as a woman's right 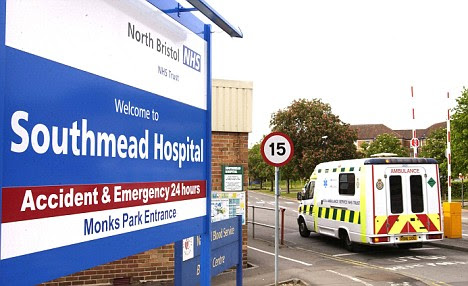 I reported last week on how the majority of GPs are reported to oppose early medical abortions.

The tragic story of Manon Jones in today's Daily Mail suggests, perhaps, why doctors take such a view.

Is the apparent increase in the proportion of doctors opposing abortion an indication that society is reawakening to the fact that abortion is a horror both for mothers and for their unborn babies? The irony is that RU486 used away from a hospital or clinic will focus the horror upon women in the usually safe haven that is home.

For example, the mother of Manon Jones [Manon completed her abortion in hospital] made the following statement: "She was scared and I tried to reassure her. It was a very emotional experience for us both to witness her pass her baby and my grandchild into the bedpan."

The story of Manon Jones is also a reminder of the well-researched and well-referenced report of the US House of Representatives which showed how the approval process for RU486 in the US and the standard of care for women who may use it is lower than that for other pharmaceuticals. The report also highlights significant uncertainty surrounding the actual extent of adverse events occurring with RU486. If anything, the likelihood is that adverse events are significantly under-reported.

The comments from Dr Trevor Stammers, the chairman of the Christian Medical Fellowship, in today’s Daily Mail story raises exactly the sames questions regarding the situation in Britain.

Southern Cross Bioethics Institute, advisers to the Society for the Protection of Unborn Children, sent me the following comment on the questions behind Manon Jones's tragic story:

"One question that must be considered is this: why is a lower standard of care apparently being accepted in the case of RU486? Perhaps pregnant women seeking abortion are themselves prepared to accept higher risks in order to attempt to return life back to how it was before pregnancy.

"It is critical to recognise the desperation of women who are shocked by a pregnancy in adverse circumstances, and the attraction of the idea of a simple pill to make it all go away must not be underestimated. Such an idea is likely to be the vision that RU486 advocates have – that eventually the medical community will succeed in finding the right way to administer this magic pill, and then women will have control over their lives. This, of course, is wildly erroneous for a host of reasons.

"The zeal for RU486, despite its dangers, hints also at the dissatisfaction with surgical abortion which is often a traumatic experience. As some pro-life feminists like to say, 'been there, done that, hated it.' There are many aspects of surgical abortion that are horrible and many women will probably accept higher risk to avoid such an invasive, humiliating procedure. But it will be replaced by other traumatic experiences, perhaps even more so."

Pro-abortion advocates may argue that such experiences are a necessary part of the journey towards women’s liberation from the tyranny of fertility. Such a utilitarian perspective accepts the ‘collateral damage’ to women’s lives and health for the eventual progress of the whole.

So the real questions that bubble away under the surface are these:
The answers to these questions have their roots in the reality that abortion is a moral and personal tragedy disguised as a woman’s right and privilege. The simple yet harsh reality of that tragedy is that the woman loses her own child in a procedure which puts her health, both physical and mental, at risk. For a paper, prepared by Southern Cross Bioethics Institute for the Society for the Protection of Unborn Children, on the effects of abortion, write to me at johnsmeaton@spuc.org.uk

I give the last word to Margaret Cuthill, a post-abortion counsellor of 20 years' experience, national co-ordinator of British Victims of Abortion, who has frequently spoken out about her own abortion experiences.

"The nature of the RU486 procedure allows the medics to step back from performing abortions. This opens the way to allow specialist nurses to process the women, although the medics must prescribe the drugs. RU486 is a brutal procedure, from the perspective that vulnerable women are ignorant of the risks and the emotional trauma they may experience. They don’t know the questions to ask and believe they are being given all the information they need.

"As a counsellor, I have had to counsel the RU486 women over the trauma of the procedure before we could begin looking at the impact of the loss of the child. One woman thought she was bleeding to death but had been told the blood loss would be similar to a heavy period; another bled for 8 weeks after the procedure. Another was told that, because the tissue left after the procedure was small, they would let her bleed until it came away by itself. The other area where medics are ignorant of the risks of RU486, are those in the emergency departments of local hospitals, as highlighted in the death of Manon Jones."