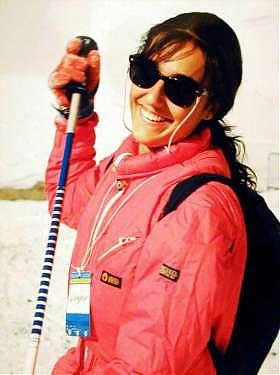 Monsignor Ignacio Barreiro, the chief of Human Life International's Rome office, told me this morning that the fate of Eluana Englaro (pictured), granting the right of a father to kill his daughter, would lead directly to the killings of countless other Italian patients.

Early yesterday Eluana was transferred from a clinic near Milan to a hospital in Udine where her feeding tube will be removed resulting in her death by starvation and dehydration.

"Eluana's father is legally responsible for her killing" Monsignor Barreiro said. "He has been fighting for years to have her feeding tube removed and now he has decided to move her to a hospital where this will be done."

Monsignor Barreiro said that he completely agreed with Cardinal Carlo Caffara, the archbishop of Bologna, who said in his homily last weekend: "In the body of this woman, and in her fate, there is an image of the fate of the West ... ".

"Eluana is highly symbolic of the struggle with the culture of death" Monsignor Barreiro told me. It would create a precedent whereby judges, against the law, can decide it's right to kill patients. We are not fighting for Eluana's life because she has limited signs of consciousness but because of her dignity as a human being."

As I pointed out last week in relation to Cardinal Poletto's comments on Eluana's fate, Monsignor Barreiro's position reflects the constant teaching of the Catholic Church re-stated on 1st August 2007 by the Congregation for the Doctrine of the Faith (CDF) in "Responses to Certain Questions of the United States Conference of Catholic Bishops Concerning Artificial Nutrition and Hydration" and further explained in the CDF's helpful commentary on their responses to the US bishops.
at 10:53