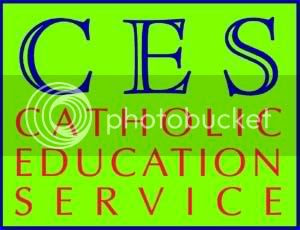 There's a second collection this weekend in many Catholic parishes in support of the Catholic Education Service (of England and Wales). I will not be making a contribution since I have a conscientious objection to doing so.

As a Catholic parent I am very concerned about the ambiguous policy of the Catholic Education Service which welcomes the presence in Catholic schools of Connexions. Connexions is a government agency which is committed to giving schoolchildren, under the age of 16, access to abortion and abortifacient birth control drugs and devices without parental knowledge or permission. As a result of this policy, it's clear that children in Catholic schools are being given such access, in spite of Connexions' undertaking to respect the Catholic ethos of the schools.

Furthermore, The Telegraph reported in November that the National Children bureau and Sex Education Forum have called for every 11 to 18-year-old in England to be able to receive advice on contraception, pregnancy tests and screening for sexually transmitted diseases between lessons. Such advice can include confidential access to abortion.

The thinking behind the conclusions of the NCB/SEF reports is clearly set out in the Sex and Relationships Education Framework, the “core document” of the Sex Education Forum of which the Catholic Education Service is a member. It is a document to which all Forum members agree in order to meet membership criteria as it makes clear on page 4 of that document.

Surely the Catholic Education Service should dissasociate itself publicly from the NCB/SEF reports and begin actively and publicly to resist, and encourage parents, teachers and boards of governors to resist, the government's anti-life, anti-parent, pressures being brought to bear on schoolchildren?
at 13:31