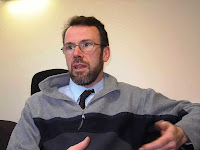 Today the Court of Appeal rejected Debbie Purdy's case against the Director of Public Prosecutions (DPP) on the subject of assisted suicide and prosecution. SPUC was an intervener before the court and readers may be interested in SPUC's comments (below) on today's judgment:

Paul Tully, SPUC general secretary (pictured), said: "While the dismissal of the appeal is to be welcomed, we are disturbed about the court's approach to disabled people. The dismissal of the appeal in the Purdy case is the result that all the parties must have expected. M/s Purdy was asking the DPP to issue a policy, which, as he points out, he does not have. The legal arguments against M/s Purdy's request were conclusive.

"Today's judgment, however, is disturbing in that the judges seem to have shown support for the idea that some (disabled) people are right to want to die (see §§6-7). The judgment acknowledges the wrongfulness of giving practical assistance to people who want to die (§22), but asserts that it may be "inexpedient to take action against relatives for assisting a disabled person's suicide" (§24). The presumption underlying this thinking is that the lives of people who are enduring long-term disabilities are of low value, and should not be protected in the same way as other people.

"We have great sympathy for Mrs Purdy because of her medical condition, but her legal case is misguided and dangerous. Suicide is a course of action which every right-thinking person naturally discourages. If we favour suicide for some individuals who are suffering, we send a message to all those who are sick or disabled that their lives are not worthwhile.

"This case is not about people with terminal illness. Both M/s Purdy and the late Daniel James, whose case is also discussed extensively in the judgment, are instances of people with long-term disabilities (M/s Purdy herself - disabled through disease, and the late Mr James - disabled by an injury). They are not terminally ill people. The implications of the judges' comments may affect disabled people widely.

SPUC, which is a member of the Care not Killing alliance for promoting palliative care and upholding the right to life of the disabled and terminally ill, shares the concerns expressed by disability activists like Jane Campbell, in Community Care (15 January 2009): "Jane Campbell, chair of the disability committee at the Equality and Human Rights Commission, believes the [Daniel James] case sends out a dangerous signal. She says that while it may seem like a personal matter the drip, drip effect of letting such cases go has big implications for society. 'While I completely understand the family have to live with the consequences of their actions, [the Crown Prosecution Service] has got to start prosecuting otherwise it sends out a message that it's OK to help people die,' she says."

[Paul Tully continued): "The recent case brought before the GMC against Dr Iain Kerr, the Glasgow doctor who gave lethal drugs to a suicidal patient, indicates that rules to protect vulnerable patients can be enforced with effective action.