I blogged yesterday about Evan Harris MP and his attempt to mislead people by inventing a false distinction between assisted suicide and the taking of lethal doses by Britons who travelled to the Dignitas centre in Zurich, Switzerland. There are other aspects of Evan Harris's disgraceful speech yesterday which demand commentary. Evan Harris said:

"Each year, a number of terminally ill people resort in desperation to violent and often botched suicides, and a number of people find that they have to refuse food and water to exercise control over their time and manner of death. They use their ability to refuse treatment because the fairest and most humane way of exercising control is not available to them ... I do not have time to go into the case of people who refuse food and water, but again it means a more protracted death than the painless one that is available through assisted dying."

Elsewhere in the debate, Evan Harris said that, because patients have a legal right to refuse medical treatment, they should also have a right to receive assistance to die (i.e. to commit suicide by lethal dose): "The end result is the same, and the wish is the same; it is only the activity or passivity that is different." 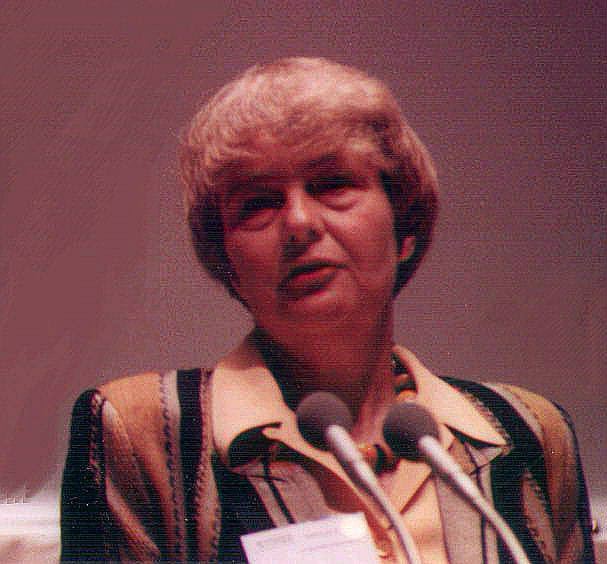 SPUC has frequently quoted Dr Helga Kuhse (pictured), the utilitarian bioethicist, who as then-president of the World Federation of Right to Die Societies, said in 1984:

"If we can get people to accept the removal of all treatment and care--especially the removal of food and fluids--they will see what a painful way this is to die and then, in the patient's best interests, they will accept the lethal injection".

SPUC has also warned that the Mental Capacity Act 2005, which in certain circumstances gives legal force to killings by denial of food and fluids, will lead to calls for killings by lethal dose.

Lord Joffe has said recently that he will re-introduce his bill to decriminalise assisted suicide by lethal dose, which after several attempts was rejected by the House of Lords in 2006.

It is particularly to be lamented that the spokesman for the Conservative party in yesterday's adjournment debate, Edward Garnier, said:

"The present state of affairs is increasingly under attack, but no statutory answer to the problem has been found. ... [F]rom my party’s point of view it is a question with which we shall have to come to grips, if not today then over the next few years."

As I have warned before, pro-lifers should not put their faith in a future Conservative government on pro-life matters.
at 09:00