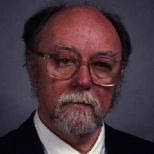 In the light of the result US presidential election, which represents an incalculable setback for humanity, the following UK parliamentary motion is of particular interest:

That this House looks forward to the election of Senator Barack Obama as President of the United States of America.

Our pro-life friends and colleagues in the US may well be as perplexed as I am when they learn that among the signatories is Jim Dobbin, chairman of the All-Party Parliamentary Pro-Life Group (APPPLG) in the UK parliament.

In the light of Barack Obama's radical anti-life record, position, and intended policies, on which I blogged earlier this week, I am seeking a meeting with Mr Dobbin to ask how his support for this Early Day Motion can be justified in view of his position as a leader of a pro-life group. I also blogged this week on the completely untenable position of Claire Curtis-Thomas as a vice-chairman of the All-Party Parliamentary Pro-Life Group - who confirmed her anti-life position in a letter to a SPUC supporter in her constituency, having made her pro-abortion position clear in May.
at 13:34