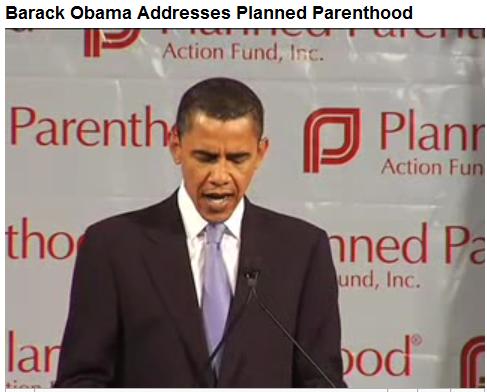 President Obama's health budget proposals include abolishing funding for abstinence-only programmes. According to Reuters, these programmes have received about US$1.3 billion in federal funds since the late 1990s. Mr Obama's move is straight from the agenda set for him before his inauguration in “Advancing Reproductive Rights and Health in a New Administration,” a memorandum signed by 60 or so pro-abortion organisations, including International Planned Parenthood Federation (IPPF), the biggest promoter of abortion in the world. The memorandum called for abstinence-only programmes to be de-funded (whilst bankrolling the abortion industry and population control agencies.)

The Obama administration and its anti-life mentors claim that abstinence promotion only works when done in conjunction with the promotion of contraception - what they called comprehensive sex education (CSE). The Abstinence Clearinghouse, an American organisation, links to a document by the Institute for Research & Evaluation, Utah, which provides evidence against this claim. The Institute found the following:

In other words, Obama-style sex education is a failure, even in its own terms. This conclusion squares with the work of Professor David Paton, chair of industrial economics at Nottingham University Business School. Unfortunately you probably won't hear the truth about abstinence through mainstream media outlets such as Reuters - though you will on this blog!
at 13:30