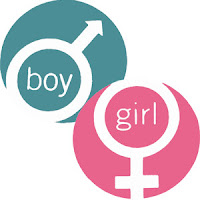 (You can also read the alert below in French, Italian, Polish, Portuguese, Russian and Spanish)

Next week the Parliamentary Assembly of the Council of Europe (PACE, not to be confused with the European Parliament of the European Union (EU)) will consider a report which includes serious attacks on unborn children with sex-linked genetic disorders. The report is called “Prenatal Sex Selection”. It is being proposed by Ms. Doris Stump, Swiss socialist PACE delegate, and it includes a Resolution and Recommendation, on which delegates will be asked to vote. We believe that both the Resolution and the Recommendation must be amended – and if this cannot be done, they should be opposed. The report comes from the Committee on Equal Opportunities for Women and Men. Amendments must be submitted no later than 3 October 2011 by 4pm. The debate is scheduled for 4 October 2011 during the PACE plenary session.

The following sections (in bold) in the Resolution deny the right to life of children, especially children with inherited diseases:


(7) In line with the Council of Europe Convention on Human Rights and Biomedicine (ETS No. 164), the Assembly believes that, in the context of assisted reproduction technologies such as preimplantation genetic diagnosis, prenatal sex selection should be resorted to only to avoid serious hereditary diseases linked to one sex”
(8.5) encourage national ethics bodies to elaborate and introduce guidelines for medical staff, discouraging prenatal sex selection by whatever method, unless justified for the prevention of serious sex-linked genetic diseases”
(8.7) introduce legislation with a view to prohibiting sex selection in the context of assisted reproduction technologies and legal abortion, except when it is justified to avoid a serious hereditary disease.”

The following danger is found in the Recommendation:


(3.3) step up efforts aimed at promoting the signature, ratification and implementation of the Council of Europe Convention on Preventing and Combating Violence against Women and Domestic Violence (CETS No. 210) and the European Convention on Human Rights and Biomedicine”

Again, the European Convention on Human Rights and Biomedicine (Oviedo Convention) denies the right to life of unborn children by approving destruction of embryos with inherited disease, and therefore the reference to it in the present Recommendation should be deleted.

Please contact your country’s delegates at PACE:
(http://assembly.coe.int/ASP/AssemblyList/AL_DelegationsList_E.asp)
asking them to:
Please don’t forget to copy any replies you receive from PACE delegates to SPUC either by email to political@spuc.org.uk or by post to SPUC HQ.